In attendance of HE Dr Thani bin Ali Al Thani,
QICCA Board Member for International Relations 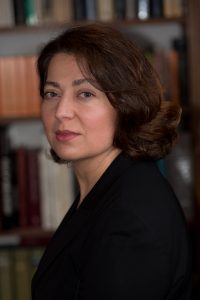 Virginie Colaiuta is a partner of the London office of LMS Legal LLP.  She acts as counsel, advocate and arbitrator in international arbitration proceedings deriving from construction and energy projects, also based on bilateral or multilateral investment treaties.

Virginie is admitted to practise in England & Wales (Solicitor), in New York, USA (Attorney at Law) and in France (Avocat à la Cour).

Virginie is a current member of the Executive Board of the Italian Society of Construction Law.

She is considered a “Thought Leader” by Who’s Who Legal and is recommended as an expert by Legal 500.

Executive Board Member of the Italian Society of Construction Law 2020- present.